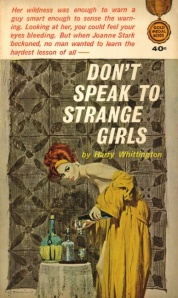 In my profession, the more intellectually “literate” one is, the more respected he/she will be. This, of course, includes publishing a number of obscure books and/or articles in scholarly journals no one ever admits to reading for pleasure. Those particular publications, dissertations, theses and so forth are often rife with rhetorical meta-analyses on various literary works that, once upon a time, may have been read for entertainment’s sake.

This is not me.

I am still unable to fathom what kind of genre “literature” is since the academics and critics and academic critics have taken control as the Spokesmen and Spokeswomen of Fine Art. Whenever I read a book published by some obscure university press, one that critics deem literary “genius,” quite often I just get so damned exhausted with it. I like excitement in my reading. I like thrills and “awww” moments. I don’t like my drama without the melo.

If I were to publish an obscure “literary” work, one that was highly critically acclaimed by the  literati elite, I would certainly garner the respect of my peers and my administration.

But it’s Just Not Me.

I have a novel all set to publish at some point. It is NOT some sort of piece of high art, and it certainly won’t go down as some sort of underground “masterpiece” among the critics. In fact, I predict it will be seriously trashed. And I don’t care. It’s a fun urban fantasy piece that I couldn’t wait to write…and I am slowly working on the second in its series (yes, it’s one of those). THAT’S what I want — entertainment for entertainment’s sake. Engaging reading and a lot of readership.

Nothing would please me more, honestly. 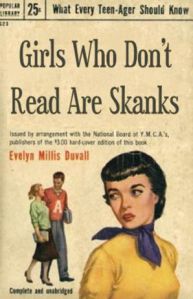 3 thoughts on “Revenge Against the Literati!”