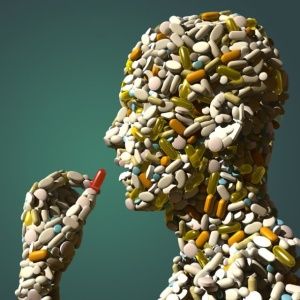 I realize I haven’t written much lately. I’d partially expected as much since school started up again, post-Christmas. The department continues to have a lot of inanity going on thanks to the truly stupid decisions made by the morons-elect in public office (the crazies in the House are once again honing in on abortion right now, so education is once more on the back-burner…because…Dumbasses). It isn’t an excuse though. I don’t have much grading yet since students are pre-writing now, and that’s how it usually is until the first week of February. Then the madness begins.

During my futile attempt to Be A Better Adult, I have since come to terms with the real reasons why I’d avoided seeking out a Primary Care doctor for years: The costs (even with insurance) and the overprescribing of shit that makes one worse off.

A little over a year back, I had what I thought was a heart attack. I was visiting my sister at the time. We were on our way back from Trader Joe’s (I know, the yuppie in me is screaming to buy moar cheep whine) when I suddenly felt as if I couldn’t take a breath whatsoever, and my heart pounded so hard and fast I thought it would burst bloodily through my chest, John-Hurt/alien-style. My ever-diligent sister drove me straight to a local Emergency Care hospital where all the standard tests were performed on me. Of course, I was fine, really. Nothing worthy of such panic. Then again, that was the issue at hand. Panic. Anxiety. Overwhelming.

I’ve never had any sort of anxiety attack at all, ever, in my lifetime. I’ve seen it happen to other people in my life, and I felt utterly wretched for them. Now that I know what’s it REALLY like, I wouldn’t even wish it…and the current methods of subduing it…on my enemy.

Since that hospital visit, anxiety has snuck up on me every  night just when I was on the cusp of falling asleep. I’d start to nod off, and then I’d get, what felt like, a surge of adrenalin shooting up my body and into my head. The palpitations would then start up, followed by a bout of dizziness. It would be weeks before my first primary care appointment, and I desperately needed sleep. I’d tried everything — guided meditation, chamomile tea, stretching, warm baths, melatonin, Unisom, valerian root, hops, full darkness…everything that was recommended. Nothing worked. So, I did the next step — I went to Urgent Care.

Of course, the doctor on duty wasn’t a sleep psychologist, so, naturally, all he could do was prescribe a drug because that’s just what doctors do.

And oh what a nasty, wretched drug it is.

I had never been on a benzodiazapine before at all. I was prescribed — make that OVER-prescribed — Lorazepam, 1 mg daily, three times a day. It was meant to be temporary, of course. They all are. Two days later, I cut the prescription in half myself simply because I was stoned during the day, and the next day, I felt like I had the worst hangover ever, coupled with that same hard heart-pounding again and again. Hell, though, in the evening, I could SLEEP at least. It was during that time I researched GPs in the area. Naturally, the ones my friends recommended weren’t taking new patients, so I found someone through a patient referral service online. The one I found is still my GP, but like most of them here in this health-care-asinine country, she’s rarely around. I’ve seen her over the past year maybe a total of 4 times, and I’ve had appointments every month to monitor everything (I’ve lost count as to how many blood tests I’ve had for cholesterol and liver function alone). I know the NP and internist (whom I adore) quite well though.

Anyway, I digress… for sleep alone, I’ve been on Lorazepam, Temazepam (lowest possible dose), and now I’m on BuSpar for the daytime (anxiety) and Trazodone at night because I’d begged to be weaned off the benzos (those fucking HANGOVERS, the shakes, the headaches). The goddamn Trazodone doesn’t work at all, of course, and BuSpar keeps me from feeling anxious all the time, but I’ll be goddamned if it doesn’t give me  stomach problems. Since the Trazodone doesn’t work jack shit, I’ve been taking a tiny bit of the Lorazepam I’ve left just so I can sleep. Again, it works, but guess what happened…

On Sunday night, I took an ambulance ride to the ER at 3:30 in the morning because I swear to Christ, I felt like I was having a heart attack again. This time, it was coupled with back pain, blurred vision, extreme nausea, and sweats.

Again, my BP, heart, nervous system, everything checked out fine. I was diagnosed with a touch of hypothyroidism and…extreme anxiety…triggered by…

Man, all I want to do is sleep well and feel like I’m…you know…not suffering from a helluva hangover during the day  (I barely drink much anymore anyway). I don’t want this. And I don’t want to have to see a doctor, ever, for shit like this.

The paranoid conspiracy theorist in me believes its a deliberate cycle, this sort of thing. We’re prescribed medication and somewhat monitored, and the side effects land us back to the hospital so that we can be charged further, pay more into the hands of the pharmaceutical industry and their insidious shareholders (I MEAN the word “insidious” because any asshole who profits from the misery, the illnesses, of others is just evil to the core). 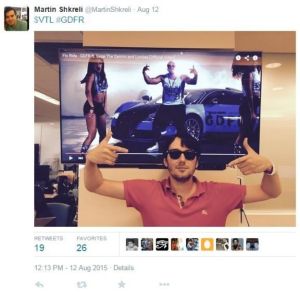 All of the Martin Shkrelis of the world should have a special place in Hell reserved exclusively for them.

As it is, I cannot bloody wait for the bills from the ER visit and ambulance ride to come to my door. Don’t think I’m not going to write about that, too, when I finally get them.

30 thoughts on “How to Experience Hell Without Really Trying”