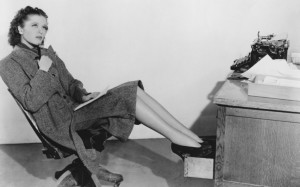 I’ve not kept this up much as I’ve been attempting to multitask writing projects this summer and failing miserably at it. It’s a balancing act that is so hard for me to manage. I’ve put aside the project I’d started last November, a psychosexual horror thriller, and have started a new one that has a firm deadline that isn’t self-imposed. The more I work on it though, the more I see evident thematic similarities between it and the November project. Am I stuck in a creative rut or something? Maybe so. Ugh. I’m gonna have to write my way out of that kind of repetitiveness.

Another problem I have is with marketing my work as it’s an ongoing job and feels like I’m constantly trying to push my product like one of those annoying door-to-door salesmen who’d jam their foot in the doorway. Reception, like most small press titles, isn’t gaining that much traction, so I plug it whenever I can (like what I did there), trying to follow the methods my more seasoned author friends and new acquaintances employ.

In all, I’ve grown quite fond of the community. I’ve met a number of people both in person and online who’ve been incredibly supportive and kind, quite a few of them through Jeff Strand, my rock star of a mentor and friend. I’ve also had a few more doors open for me because of that supportive community, and for someone who is a neophyte in the horror realm and in novel writing in general, it’s awesome to be included in other creative endeavors and events. I mean, I never used to be invited to do much of anything, really, of the sort, so it’s wonderful.

Within every creative community, however, there are the problems. It happens. Sometimes, crazy tends to come knocking for opportunity. For instance, my publisher and a couple of authors they’ve worked with (one of whom is a giant in a particular sub-genre of horror) had some nasty encounters with a crazy who couldn’t accept his own work being rejected. He’d crafted several aliases, and while hiding (poorly) behind their guises, wrote scathing hate-posts (among other things those sorts of trolls are noted for). The worst I’d learned had a been a reddit query about taking a hit out on one of the authors. For real. That author, I’ll add, is an absolute sweetheart. I just couldn’t…and still can’t… comprehend the level of crazy one has to be to do such a thing to a kind-hearted soul like him.

Another issue that tends to come up for female authors, at least from my experience, goes something like this:

It’s as if accepting the friend request or follow back or whatever automatically grants the dudebro “friend” or follower permission to behave like he’s at a goddamn bar during Ladies’ Night.

While on the topic of messaging other authors, I can’t neglect the other problematic elephant in the room — the shameless self-promotion DM that comes after one accepts the “friendship” (or follows back). Oh, don’t get me wrong. I’m riding that self-promo train quite a bit by posting links to my, and others’, work on my Facebook and Twitter feeds (and here), but I WILL NOT DM about my Amazon page (or this page) to ANYBODY, unless absolutely requested. By doing that unsolicited, by sending a direct message right away like that, you are basically announcing to your new friend or follower or whatever that you’re just there to sell your shit, nothing else. Okay, sure, that’s fine, but DMs are for one-on-one messages or group discussions. They are NOT for PLUGGING YOUR SHIT.

(“Plugging your shit”…Forgive me. That just sounds wrong. Like a reversal for a laxative or something awful like that.)

Anyway, I’ll be back on here more often than I have been. I hate to have this solely as an author site though as it’s always been my writing space where I can write whatever the hell I want, whenever I want. That said, my About page here will be my place to do all the authorly plugging.

Shut up. You know what I mean.