It’s been a weekend of intense contemplation/introspection (and halfarsed grading, so not in the mood for it). I’m on my 20th rejection for my novel (18 for the query and sample chapters alone, two for the novel itself), my 4th for the science fiction story I’ve been marketing. The editors involved with the antho. I’d really been aiming it for offered a nice rejection yesterday:

“After reading and discussing it, we’ve decided that while we enjoyed it, we can’t use it for the anthology. It really was a very good story. Unfortunately, there is limited space so we can’t choose them all.”

I should’ve paid attention. They’d a large number of confirmed authors for the collection, and I honestly think the submission call was for a bit of insurance. Filler, if you will. I’ve done a little newspaper and magazine work. I understand the need for “filler.” In retro, filler isn’t what garners readership. It’s the confirmed names that do. Hugh Howey was on that list. I loved Hugh Howey’s Wool, and I read his writing blog off and on as it’s interesting to hear his stance on the future of publishing. Hell, I would read the anthology simply because of Hugh Howey, thus proving my point.

Still, that was a better rejection than the 20+ standard form rejections I’ve received over the past month and a half.

Still, it’s always deeply depressing as fuck, no matter how par for the course rejection is for writers (and artists of any sort and job hunters and serial daters and American Idol contestants). I’ve done this sort of thing during the maniacal screenwriting years. Had some minor bites, dealt with shady agents and managers, projects that came and were tossed without my knowing, but I quit it all when I was focusing on my own stark reality, like working hard to enter a “noble” profession with decent pay (for a singleton without kids) and benefits.

It’s just made me question my intent here with this masochistic endeavor. I’ve had these inner conversations before. The ones where I wonder what the hell I’m doing, where the hell I’m going, why the hell did I decide to return to a dream that had long since decayed. In short, my mother had something to do with this renewed attempt. My mother, who would never know this, ever, because she’s dead. My mother, who’d loved that I had a “hobby” but never once expected it to become anything more than that.

The fact that my mother is gone is, perhaps, the very reason I’ve come back to this. It’s my therapy. It’s also my race to see what I can possibly do before my time is also up. Quite often, I feel like I have nothing and will leave nothing for the future. I have no progeny, no legacy. I will leave no mark, no trace of my existence apart from the material. Of course, my job may or may not prove that wrong, but I don’t know unless I see end results, and students quite often forget once the degree’s in hand.

The entirety of the next month is solely dedicated to this, thus far, fruitless endeavor. Got an antho. in the works with a friend, which will keep us busy (LOTS to read! A proposal to create). Have a couple of other ideas wiggling around up there. I’ve set a personal goal in that if I don’t get anywhere with the novel by the end of 2015, I’ll self-publish it. I just want readership. All I’ve ever wanted to do was entertain someway, somehow, via writing. I hate that it’s taken me so long to come back to this (painful) experience.

Maybe though…Maybe things will change in the next couple of months. 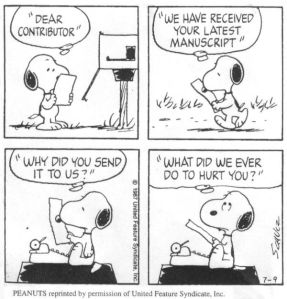